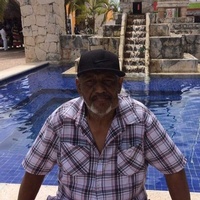 James Sier was born on August 5, 1952 to Bobby Jean Bias and Jack Sier in Tulsa, Oklahoma.

In 1996, James met the love of his life, Shelbiann and later joined in marriage. Becoming a blended family, they shared eleven children. James was a very loving, affectionate caring husband, father and grandfather whom loved each of his children individually.

James had a wonderful sense of humor and was hilarious at times. In his spare time he enjoyed fishing, camping playing dominos and going to the casino.

On March 11, 2019 the Lord saw fit to give James rest from his labor. He was preceded in death by his parents, one son, Dezaray Gilkey and two brothers, Larry Sier and Garfield Sier.

7 responses to James A. Sier