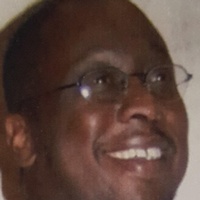 Greg’s “time to be born” was November 5, 1957 to Thadora and James Watkins in Tulsa, OK, but he was raised by his grandparents, Clara and Thado Speights. His Mom and Father both passed at young ages. He so adored his grandparents and respected them for raising him, but he had a very special relationship with his grandmother (whom he called Momma) and his Aunt LeeNora. They taught him all about the love of God and how important Jesus should be in his life; how that love could help him endure any trial or tribulation and celebrate HIS triumphs.

Greg graduated from Booker T Washington High School in 1976. While at BTW, Greg was given a nickname, WatStaxx or Staxx. That name stayed with him the rest of his life! After graduating in 1976 from Booker T. Washington High School, he attended and graduated from the University of Oklahoma with a Bachelor’s degree in Business and Marketing in 1980.

Greg held various occupations, but he worked doing what he loved, Loan Management. This allowed him to help, counsel, and guide others on loans and financing. He was last employed at Space Age Federal Credit Union servicing Spirit members. He loved his job and his members. A lot of them became personal friends.