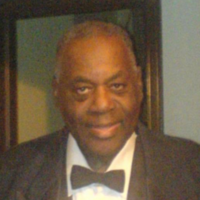 Eugene Bolton was born to Albert and Jefferine Bolton in Tulsa, OK on February 4th, 1935. He was the second of six children born to that union.

Eugene’s early childhood paralled the time of World War II, and it was also a time when the North Tulsa community was vibrant and resourceful for Black youth. At the age of nine and ten he walked the streets and knocked on doors selling the locally treasured Oklahoma Eagle. With childhood friends including Ed Goodwin Jr., Charles Stanley, Chester Terrell and others, he enjoyed ice cream at Williams, Kyles, Jones and Thompson drugstores. He ate Aunt Barbra’s and Latimer`s Bar B Que. He swam in the pool at King’s park; and waded in the water at Berry’s Park. He liked the Hop Along Cassidy and Long Ranger movies at the Rex and Dreamland theaters on Greenwood the street where marched the Booker T Washington band celebrating the hornet football games. Cissell`s and Cavers` Cleaners, Madison Shoe Repair, McGowan and Cannon`s variety stores, all served well for keeping up his habitually neat appearance. As a child, he had fun dancing at the Greenwood Community Center, Booker T. Washington gym and First Baptist Church at its earlier site on Archer Street. These dances were for the North Tulsa Youth on Friday nights.

His early childhood education was thoroughly and effectively provided by competent teachers. All of his school lessons were reinforced at home as his mother planned and engaged in playful academic games with Eugene, his brothers and sister, Shirley.

His early childhood education was completed. Eugene continued to grow educationally at Carver Jr and Booker T Washington High School. In these schools his education was nurtured and strengthened by devoted teachers.

By his junior year in high school, Eugene was on the Booker T Washington football team coached by Seymore Williams. In his senior year he was captain of the team when the championship game was played between East and West schools.

His graduation from high school was marked by the ending of another war, the Korean War. Upon graduation, Eugene attended Langston University in Langston, Ok. where he attracted recognition as a football player, dancer, and well grooming. He made the football team in his regular position as lineman. He excited his school mates at their university dances as he displayed talent for jitterbug, swing dance and cha cha cha. Impressed by his clothing, his friends gave him a name. They called him “President”. The name was gradually shortened to “Prez” and remained his title throughout his adult life.

He left Langston. He went to Arkansas where he attended Philander Smith University and continued to play foot ball, and he was an A plus student in math and sciences. His attendance at Philander put him in contact with an Arkansas native, Aubrey Maxine Hodge. The contact easily evolved into love and marriage. They gave birth to two children, Byron and Brenetta.

Eugene and Aubrey moved to Pasadena, California where they established a family home in an upscale neighborhood that included the famous Pasadena Rose Bowl Stadium. In Pasadena, Eugene’s career matched his personal interests. He liked working with youth; thus, he worked as an assistant foot ball coach at Pasadena’s John Muir high school. From his father, he had learned the art and science of good cooking. This interest led him to accept and enjoy cooking at Pasadena’s Brookside Golf Club and Hilton hotel. He liked helping people. He satisfied this interest as he worked as medical assistant at Los Angeles County Hospital and finalized his working career as a skycap with Southwest Airlines where he retired 1993.

While living in Pasadena Eugene remained true to the Christian beliefs his parents instilled in him when he was a child in Tulsa and attending the Saint Andrew Baptist Church. In Pasadena, he was a devoted and active member of the New Revelation Missionary Baptist Church spiritually led by Pastor William Turner. Eugene’s contributions included member of the Board of Trustees, Pastor’s Aid, the church choir, Operation and Management of food services and regular attendance of the Sunday school classes. He volunteered finance and labor support for maintenance of the church. He loved his church; the church members loved him; and today they love the memories of him.

When his wife, Aubrey passed, Eugene returned to Tulsa, he rejoined Saint Andrew Baptist Church, where he was once baptized, and continued to be a strong support for his remaining family. He never said no to a family member in need. During the last five years of his life he was burdened by an illness that required him to remain in bed. While in this confinement he adopted a positive spirit, playing dominoes and cards with his family and friends. He often prayed and listened to gospel hymns and songs. He had a final closing of his eyes; his soul drifted to a hopeful reunion with his departed family as he went home to live with God.