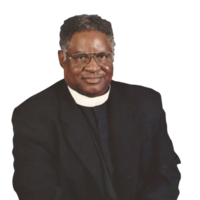 Kenneth L. Anderson was born April 20, 1942 to Martha Williams and Amos Anderson. To this union one child was born in Claremore, OK. He received his Elementary education in Claremore, OK. Junior High education in Omaha, NE. and proudly graduated High School from the “Mighty Booker T. Washington” Class of 1960 in Tulsa, OK. And as he would say, “If you didn’t graduate from Booker T. You wouldn’t understand!”

On June 22, 1965 Kenneth married the love of his life Frankie Lu Brown (54 Years). Ten children were born to this union, seven were graciously, though reluctantly, given back to God shortly after their births allowing their second to none son (Keith Lonnel), seventh born (Joseph Michael), and tenth child (Faith Elizabeth) to be raised in a loving home influenced by God, love, music and community service.

In 1966 he joined the US Air Force which comprised of on and offshore assignments in Lincoln, Nebraska and Paris, France. He served this country for five years being honorably discharged in 1971. He continued his education in visual arts advancing his knowledge in studies of ART and Videography at the Famous Art School of Nebraska & Tulsa Community College.

Kenneth is a man of many talents. He could master anything he put his mind to. His passion for cars led to a lifelong career in mechanics. He has earned state and local recognition throughout his career with Tulsa Public Schools. He was a certified expert in the Hydrotex & CNG. The Tulsa World featured his talents as the winning electrician with the fastest diagnostic achievements for Tulsa Public Schools making him the first and eldest Master Mechanic for the department. During his career he was known for sharing his love for his family, creative arts and technology. Tulsa Public Schools allowed him to design the new look of the Tulsa Public Schools charter buses allowing for additional acknowledgement of his ability to design at large.

Kenneth came to know the Lord as his Savior over 40 years ago the 1st Sunday in July under Evangelist Fred Olive among seven other men at Northside COGIC. He worked diligently in several capacities as Deacon, Bus Driver, Janitor, and Property Manager for the church under 1st Administrative Assistant Carl Prather and Superintendent M.O. Ross Sr. He received his call to ministry 15 years ago and began pastoring at Emmanuel COGIC in Pawnee, OK.

For years Kenneth has been known as Jumpin’ Juicy (Track and Field), the Black Arrow (Archery) and the man who played tennis in long pants. The bass player for Northside COGIC. Proud Father of the OK State record holder in the 100-meter dash: lead singer of the Natalie Wilson & S.O.P. hit song “Let’s Talk About Jesus”; and Kirk Franklin’s principal background vocalist.

Primarily he was known as son of Carl and Ruth Prather, loving husband of 54 years, proud father of three, Pastor to Emmanuel COGIC, Oklahoma Northwest State Public Relations Chair, servant, and friend impacting the lives of all he encountered.