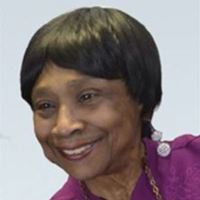 Dorthy Ann Williams was born on November 26th, 1948 in Valliant Oklahoma to Clarence Dell Wooten Sr. and Rena Mae Love. Dorthy would receive her formal education in the Tulsa public School System graduating from Booker T Washington High School in 1967. Dorthy went on to graduate Oklahoma school of Business in 1968 with a secretarial certification. In 2009 Dorthy received her Child Development Associates degree.

In the year of our Lord 1978 Dorthy met the love her life Mr. Jerry Williams with whom she would share the next 41 years in covenant relationship with. Through this union the couple would share 6 children 16 grandchildren and 6 great grandchildren together.

Dorthy accepted Jesus Christ as Lord and savior at an early age and served Him faithfully until her transition. As an adult Dorthy served at the Trinity Missionary Baptist Church under the leadership of Rev. Henry Brent, then in 1996 Dorthy united with the Good Shephard Baptist Church under the leadership of Rev. Earl E. Tottress. She served faithfully there until the Lord called her son Anthony to Pastor and she left to join him in Ministry at the New Hope Baptist Church of Tulsa where she was a beloved member and served well until her death.

Dorthy enjoyed hobbies such crossword puzzles, crafts and sewing, however her greatest passion was working for the Lord in her church. She could often be found doing one of these activities as she loved to stay busy doing something.

Visitation will be Tuesday, December 10, 2019, 9:00 am to 8:00 pm, at Butler-Stumpff & Dyer Memorial Chapel, Funeral Services will be 11:00 am Wednesday, December 11, 2019 at the First Baptist Church, Mowhawk, followed by interment at Green Acres Memorial Gardens, Sperry, Oklahoma.