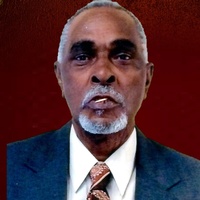 Dellano (Dale) Ross Goff was born in Bixby Oklahoma, on July 28, 1945, the 7th child to Emmitt and Minnie Goff.

Dale Goff married Carol Gibbs and to this union two children were born. He had a strong work ethic, while employed at Seismograph Services Inc., he achieved mastery level as a welder.

He then later married Diane Morrison on September 28, 2002 and had a happy marriage that lasted sixteen years and would only be cut short by death.

Everyone that Dale meet he gave them a nickname and rarely would you see him without a tooth pick and a stick of gum in his mouth. He was lovingly called Uncle Dale by many.

On Monday, March 18, 2019, Dale ended his earthly journey and made his transition to his eternal resting place.

He was preceded in death by his parents, brother Wendall Goff, sister Gwendolyn Goff and brother-in-law Ben Morrison.