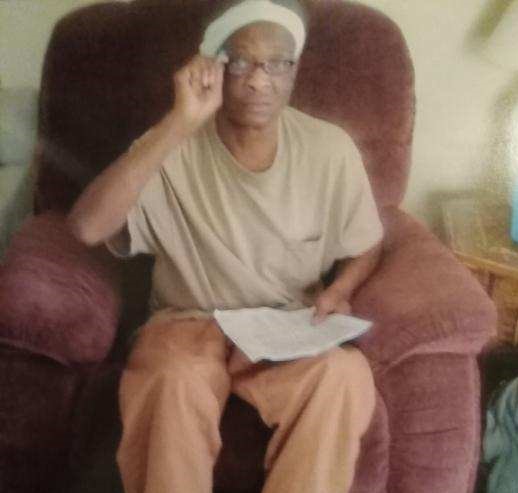 Growing up David had his own personal relationship with God. He knew God’s voice and in return, God knew his name. Cooking was a passion of David, which transferred to become his trade. David was a cook. He worked at the iconic Casa Bonita in Tulsa and as a cook for Hillcrest Hospital.

David loved music and had a singing voice that sounded just like Stevie Wonder but only better! He protected and loved his family just as King David did his sheep. Having 4 sisters himself he had such a tender heart toward women and was known to help damsels in distress to the point of endangering himself. David was naturally funny and was the Eddie Murphy of our family. He was good for drinking up our kool-aid but we all knew not to drink his, lol!

On October 23, 2022, God called a sweet loving, kind and gentle soul home. The world is a little less bright without David. Meeting David at the gates of heaven will be his father, Wayne Henderson; his grandfather, Grant Robinson; uncles, James Robinson, Johnny Robinson and David Lee Robinson and his younger sister, Barbara Jean Houston.

God couldn’t have given us a better son, big brother, uncle or friend. To know him was to love him. A mighty tree has fallen! We love and already miss you dearly, David.