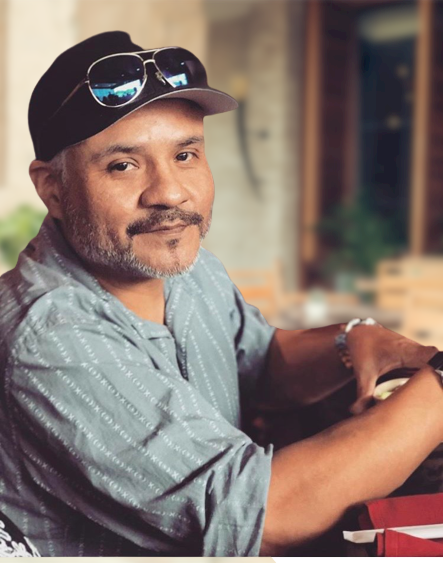 Cirilo Hawkins was born in Tulsa, Oklahoma on March 14, 1973 to Nellie Hawkins and Cirilo Mendoza and was the youngest of his 8 brothers and sisters.

He went to school at Liberty Mounds high school and grew up in Snake Creek.

In 1991, at Oral Roberts University, Cirilo met Aneatra whom he later married on July 20th, 1996. To this union, Cirilo and Aneatra were blessed with four children: Paige, Jurnee, Lyric, and Cordero,

He worked at Helicomb Intl. for 23 years as an aerospace engineer.

He enjoyed watching football and basketball. His favorite teams being the Dallas Cowboys and Syracuse. He took pride and joy in being a father, great chef and friend.

Cirilo is preceded in death by his mom, Nellie Hawkins,
sister, Katie Cohens, and brothers, Secbon Hawkins and Ruben Hawkins.

He is survived by his children, Paige Hawkins, Jurnee Hawkins, Lyric Hawkins, and Cordero Hawkins; his 4 sisters, Mary Bryant, Pansy Wallace, Norma Hawkins, and Felicia Lewis; along with a host of other relatives and friends.

To watch this service live, please note the Event ID and Password before clicking the link below.