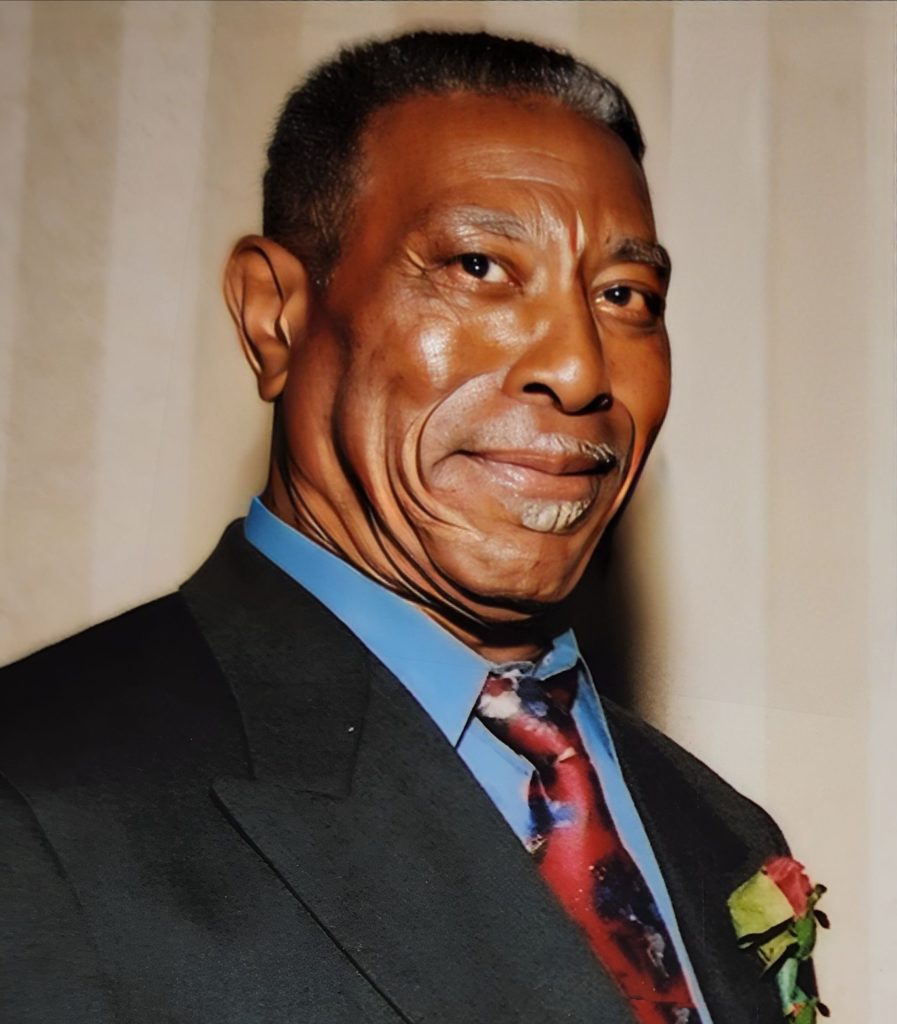 “There are no goodbyes for us. Wherever you are, you will always be in my heart.” —Mahatma Gandhi

Devoted Father, Husband, Brother, Grandfather, Family member, Neighbor, and Friend. Charles Burks, Sr. has left an indelible and palpable impact on all who were Blessed to have known him and all who were touched by his remarkable life.

Charles accepted Christ at an early age and when he moved to Tulsa he united with Progressive Baptist Church. Then later moved to Timothy Baptist Church under the pastorate of Rev. Gilkey.

He received his education in the Clearview public schools and was an outstanding athlete in basketball and baseball. He also enjoyed boxing, hunting wildlife, and swimming. Charles furthered his education by attending Langston University where he studied agriculture.

He was a proud veteran of the United States Navy. In 1943, he was drafted and served his country in World War II. In 1952, Charles married Sarah J. Lane until she departed this life in 2014.

After 97 great years on earth, Charles Burks, Sr. passed away peacefully with his family by his side on Thursday, September 15, 2022.

Charles was loved and well respected by all who graced his presence. Many children in his neighborhood, where he lived for over 60 years, looked to him as a father and mentor. He truly enjoyed all that life had to offer. His great sense of humor; big heart; love for his family, neighbors, and friends will sincerely be missed.

Charles was proceeded in death by his parents, Evelyn and Jones Burks, Sr: his siblings, Versalee Burks-Blount and Jones (Bug) Burks, Jr.; and his wife of 62 years, Sarah.

Visitation for Charles will be held at Butler-Stumpff & Dyer Funeral Home on Friday, September 23, 2022 from 12 PM-8 PM.

A Celebration of Life will be held at Metropolitan Baptist Church on Saturday, September 24, 2022 at 11:00 AM.