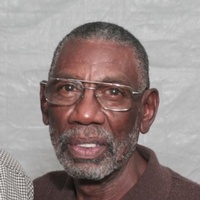 On February 23rd, 1940, in Slick, Oklahoma, Lucy May (Gamble) Ross and Odessa Ross Sr. welcomed into this world, Barbarl Ross. He would be the sixth of fourteen children born to this union. The family relocated to Sapulpa when Bob was approximately 3 years of age. At the tender age of 12, he began spending his summers with Aunt Cassie and Uncle Red on the farm. He was an avid learner and enjoyed fellowshipping with his fellow classmates. He graduated from Booker T. Washington High School in Sapulpa on May 27, 1959. He was an outstanding athlete excelling in both baseball and basketball.

After graduating high school, he began working and shortly thereafter enlisted in the Air force on July 14, 1959. He was honorably discharged on July 12, 1963 and completed his reserve obligation on July 13, 1965.

After serving in the military, Bob relocated to Merced, CA where his sister LaVerne resided. After a few months he moved to Los Angeles. He began working for Los Angeles County circa in 1966, retiring after 34 years of service on March 31, 1996. While in the military he had honed his typing skills and this was a tremendous asset in his career as a Computer Program Analyst.

Bob was a kind, loving and generous person. He enjoyed watching sports, especially baseball and the Los Angeles Dodgers. They disappointed him many times but he always hung with them. His hobbies were refinishing furniture and working crossword puzzles. He continuously found pleasure in a good afternoon of dominos with friends, family and a “RED CAN”.