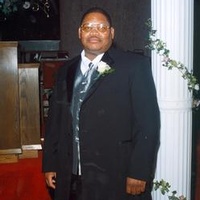 Until we meet again…

On Thursday March 15, 2018, With his loving wife by his side, Mr. Santos L. Motley 55 of Carrolton, Texas slipped away to Glory.

Santos Lamont Motley was born January 23, 1963 to Marvlean Ingram and Louie Motley who both preceded him death.
Santos attended Tulsa Public Schools and graduated from Booker T. Washington with the Class of 1981. He then attended Langston University and earned a Bachelor’s Degree in Math and Chemistry. He was a dedicated teacher for the Porter/Tallahassee consolidated school system and Tulsa Public Schools until 2004. Santos moved to Texas where he joined the Carrollton/Farmers Branch and Dallas Independent School Districts. Santos teaching career was a span of 29 years. He was also a dynamic coach in football, basketball, track and field. He was dedicated to his crafts. Santos also enjoyed cooking and ANYTHING technological. He was known for his smoked briskets and ribs. People would say, “If Santos wasn’t cooking the meat, they were not coming to the party.” Santos was a gentle giant and was dedicated to all he did and to those who loved him.
On, January 23, 2000, Santos met his love Sherrie Jackson. The couple were joined in Holy Matrimony on June 16, 2001, they shared 16 plus years of marriage until his demise.
He was a dedicated member of St. Andrew COGIC in Denton, Texas under the leadership of Supt. Clarence Harden. He loved serving the Lord knowing that it would pay off after a while.

He was preceded in death by his parents, two brothers, Lee Potts and Michael Motley.