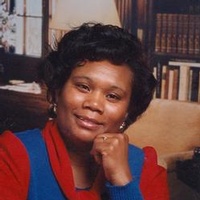 “On March 5, 2018, Saundra heard the voice of God and slipped into eternal slumber with her family by her side Service: Saturday March 10, 2018 12:00noon First Baptist Church North 1414 North Greenwood Ave. Tulsa, Oklahoma.
Laurence and Mary Etta Sells were parents to 12 children. Nine of them lived to be adults and raised families. On February 21, 1952, they were blessed with their 12th child, the baby of the family: Saundra Kay Sells. Her parents, her brothers Albert and Laurence, Jr., her son Donte, and a grandson Keonte preceded her in death.

When Saundra was young her parents decided to move from the country to the city. Leading up to the move, Saundra stayed in Tulsa with her oldest sister Senora to get ready for city life. As it turned out, Saundra played a unique role in the Sells family: She was the “baby sister” to her siblings, and she was the “big sister” to her nieces and nephews at the Tolbert house.

She began her education at Carter G. Woodson in Tullahassee, OK. She later attended Charles S. Johnson and Marion Anderson in Tulsa, OK. She graduated from Booker T. Washington High School with the Class of 1971. She participated actively with her friends in the Class of â€˜71 throughout her life.

Saundra professed a faith in Christ at an early age and was baptized at the Fountain Baptist Church in Haynes, OK, under the pastorate of Rev. S.W. Woodfork. As an adult she served at St. John Missionary Baptist Church in Tulsa, OK, and later rejoined Fountain until her health challenges prevented her from traveling to Haynes for service. She served diligently in the kitchen ministry, the choir, the children’s ministry, the usher board, and the Women’s Missionary Union (WMU).

Saundra enjoyed many hobbies. She was well known for baking, cooking, decorating, and sewing. She was a master seamstress from making simple alterations to fabricating elaborate sets of clothing, drapery, or linens. She was best known for being a good listener and supporter. If you didn’t think you were her favorite, it’s because you hadn’t met her. Saundra made everyone feel special and connected.

Above all, Saundra Kay’s greatest love was being a mother. She had four sons – Denyveaus “Dee”, Reginald Donte, DeReco, and DeAngelo Chico. After all the rough-and-tumble of four boys, she was blessed with a daughter: Shannon. Her nurturing reach went beyond her own children to her nieces, nephews, and grandchildren.