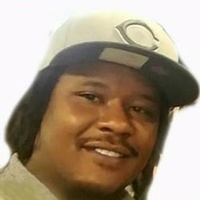 On January 1, 1984, a bouncing baby boy was born to Vickie Lynn Alexander and Alex “Sonny” Glover. He was the third born of ten children. His mother; one sister, Markeisha; one brother, Michael; one uncle, Marvin “Ping”; one aunt, Betty and both maternal and paternal grandparents preceded him in death.

Marquilon confessed his faith in Christ and was baptized at Pilgrim Rest Baptist church at an early age. He received his formal education from the Tulsa Public School System and obtained his General Equivalency Diploma in 2005. He went on to acquire a license in heating, ventilation, and air conditioning.

Marquilon was a loving and devoted brother, father, uncle, and friend. He had an infectious smile and a distinctive laugh that could change anyone’s mood. He was a big kid at heart and would freely give you the shirt off his back. He had a passion for cars and loved breakfast cereal.