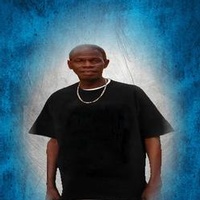 William Frank Cox affectionately known as “Billroy” was born into this life on February 26, 1961 in Tulsa, Oklahoma to Australia Lorraine Cox and Will Frank “Billy” Powell who both preceded him in death.

He received his formal education from Tulsa Public Schools attending McLain High School and later received his GED from Job Corps of Guthrie, Oklahoma. William later found gainful employment at the OSU Medical Center as a janitor and Embassy Suites as a chef.
On March 13, 1999, William married his high school sweetheart, Joni Jones of Tulsa, Oklahoma and they together loving raise three children, Brent, Rena and William. William was a loving husband and caring father.

William “Billroy” enjoyed spending quality time with his family. He was an all-around multi-tasking kind of man, he enjoyed cooking, cleaning and in his spare time he enjoyed drawing, coloring and watching television. He was truly a family man. “Billroy” was a kind hearted, caring, loving, positive person. He did not have anything negative to say to or about people. He would always encourage others to do better.

He confessed his profession for the Lord an early age and later along with his family united with Latter House Family Outreach of Tulsa, Oklahoma under the leadership of Apostle Jay Oates. He reaffirmed his faith and love for Christ there for the past 8 years.