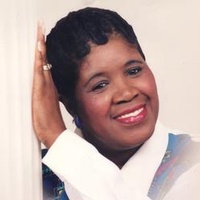 She was raised in a loving and Christian home. LuRenda accepted Christ at early age. She attended 1st Baptist Church of Sand Springs, Oklahoma and later moved to Tulsa, She became a long time member of Timothy Baptist Church under the leadership of the late, John C. Gilkey. She later joined in fellowship with Covenant Family Church under the leadership of Pastor Stephen Rathod. She was an active member in each of these organizations from working in the church kitchens, helping with church members and most notably using her God given soprano voice, singing in the choir. She served until God called her to her heavenly home on Monday, December 4, 2017.
LuRenda attended Booker T Washington of Sand Spring through graduation in the Class of 1965. She met her high school sweetheart, Hubert Paul Harvey in Sand Springs at Booker T. Washington and they later united in Holy Matrimony on August 25, 1966 at the justice of the peace in Berryhill. The couple was blessed with two children, Yvonne Monique Harvey and Paul Andre Harvey. LuRenda was an extremely loving wife, nurturing mother, grandparent and friend who gave of herself unselfishly. She exemplified the Proverbs 31 “Virtuous Woman” and her worth is far above rubies.

LuRenda was employed in various healthcare fields, taking care of people from young to old. She later retired in 2011 from Life Senior Services. Her lifelong ministry was having the ability to care for others and that is what she did until her departure.