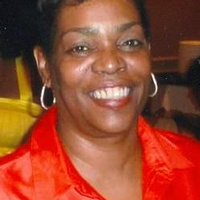 On January 31, 1955, at 12:04 a.m., a precious gift was delivered to Alfred David Williams and Mavelyn Loretta Byrd (Blocker) in Tulsa, Oklahoma. They appropriately named this precious gift, Jana ( which means â€˜Heaven’) Lanice Williams. As Jana progressed in age it became evident that she was a high-spirited and lovable child. Jana began her school years at St. Monica, but later transferred to John Burroughs Elementary. However, it wasn’t until she started at Roosevelt Junior High School, that her athletic ability was revealed. Here is where she fell in love with cheerleading. But, it was at Booker T. Washington High School that Jana flourished in
cheerleading, which ultimately lead to her receiving a cheerleading
scholarship. She graduated from Booker T. Washington in 1973. Jana was also admitted and attended NEO, however, she remained in contact with her fellow high school classmates. Jana gave her life to Christ at an early age where she was an active member of New Bethel Baptist Church. In her adult years, Metropolitan Baptist Church had become her home church. Jana loved her family dearly. Although Jana was a single mother, she was a very devoted and loving mother. The love Jana gave was very much reciprocated back to her during her final days. Mid afternoon, November 29, 2017, Jana Williams answered her Master’s call quietly and peacefully went home. Jana was
preceded in death by her mother and father, and her only sibling, a brother, Robert Lee â€˜Squeaky’ Blocker. She was also preceded in death by her
maternal grandparents, Ford and Audrey Byrd; and three aunts, Norlene Mayes, Donetta Byrd, and Cleopatra Williams. Jana leaves to cherish her precious memories: three loving children: Billy Joe â€˜BJ’ Williams (Mia Denae Green), Cartney McCrae Lee Williams, and Janee Michelle Williams; two beautiful grandchildren who lovingly called her â€˜sugamama’, Billy Ja’Juan â€˜Lil BJ’ Williams, and Ashai Marlyn â€˜Shi’ Jones. One uncle, Gilbert â€˜Lloyd’ Byrd and one aunt Kathy L. Calvin, and the family matriarch Laura Pulley (California), and a host of other relatives and friends.