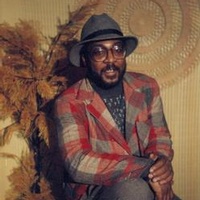 FROM LABOR TO REWARD

It all began on the tenth day of December in the year of nineteen hundred and forty-nine in Gadsden, AL. A baby boy was born to Catherine Hill and Lamar Groce. He was later affectionately raised also, by his step-father, Thomas Meadows, Sr. They named him Terry Tyrone.

Terry spent most of his formative years in Gadsden, Alabama until his entire family began a migration North bringing his extended family to Tulsa, OK.

Terry experienced a military upbringing and even though it allowed him to travel extensively, he always referred to Tulsa, the location of his family home and place of baptism, as his home.

After spending time near Ft McClellan AFB in Anniston, Alabama, Terry’s family moved to Sandia AFB where spent his middle school years in Albuquerque, New Mexico and developed his love for playing baseball.

The family returned to Oklahoma and Terry began his senior year at Tulsa Central High School and in that same year his family was transferred to Asbury Park, New Jersey where he graduated from Monmouth High School in 1968.

A football scholarship brought him back to Northeastern Oklahoma A & M in Miami, Oklahoma however, when Terry visited the Historically Black College University campus at Langston University, he transferred to LU where he continued to play football, served as captain of his Alpha Phi Alpha Fraternity pledge ship taking the “Untouchable 19” into membership in 1972.

While Terry was at Langston, his family was transferred to Seattle, Washington and Fort Lewis Air Force Base. It was at that time that he began to spend his breaks and holidays at Langston with his beloved grandmother, Louise Hill, in Tulsa. Upon graduating from Langston University, with a degree in Physical Education in 1973, Terry joined his family who at that time had retired from the military to settle permanently in Tulsa.

In 1973, Terry married Jolly Henderson, whom he met while at Langston University and resided in Tulsa until his passing.

Terry, I remember our last conversation and the things you wanted me to remember. Unlike our routine, daily checklists, this time you were preparing me, for the journey I would begin without you and will continue until we meet again.
So, until then – Jolly –