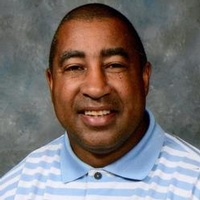 “An Educator for Tulsa Public Schools died on Saturday October 27, 2017 “He’s gone to a better place in heaven”

The Service for Mr. Jonathan B. Erivin 56, of Sand Springs, Oklahoma was Saturday November 4, 2017 11:00am in First Baptist Church North Tulsa. Jonathan Boris Erivin was born to the proud parents of John and Elvia (Morgan) Erivin on January 2, 1961 in Oklahoma City, Oklahoma. His Fulfilling and Faithful Journey

Jonathan spent his early years in Anadarko, Oklahoma before moving with his family to Liberal, Kansas. He excelled in academics and athletics at Liberal High School. Basketball, football and track were a few of his personal favorites. He was chosen as “Rookie of the Year” at Liberal High School. Jonathan also developed a passion for fishing, hunting and traveling while in Liberal. He was an avid deer hunter who treasured annual hunting expeditions, along with fishing outings with friends. Jonathan always had a personal relationship with God and was baptized at New Testament Baptist Church in Liberal, Kansas. He believed in putting God first in his life. Upon graduating from Liberal High School in 1979, he attended Langston University, where both of his parents and sister, Anita had attended. He played football and ran track at Langston breaking many records as he would say. While at Langston he, like his father, became a lifelong member of Kappa Alpha Psi Fraternity, Inc. Jonathan served as an Undergraduate Board Member for his fraternity while at Langston.

After graduating from Langston with a Bachelor’s Degree in Physical Education, he returned to Liberal to become an educator like his parents. He taught middle school physical education and coached football and basketball, impacting the lives of many young men and women. He earned his Master’s Degree in Counseling from Central State University in Edmond, Oklahoma in 1986.

In August of 1993, Jonathan moved to Tulsa, Oklahoma where he began teaching and coaching for Tulsa Public Schools. On November 25, 1995, Jonathan married his lovely wife, Carla Ross. Jonathan and Carla welcomed three beautiful, caring, and talented children into their hearts. Jonathan loved spending time with his family, calling themselves, “The Erivin Five.” He loved traveling and enjoyed taking his children on annual fishing trips to Colorado. His children could always expect travel and adventure with their Dad. Jonathan enjoyed watching OU football games. He loved attending the games in Norman with his Dad, and was looking forward to attending games with his two Sooner daughters this year. The girls can rest assured that their Dad will still be cheering with them at all future OU games. Jonathan also spent time refereeing basketball games and enjoyed meeting young gifted athletes all across Oklahoma. Jonathan worked as a counselor at Tulsa Juvenile Detention Center for many years, focusing on making a positive and powerful difference in the lives of the youth in Tulsa

Jonathan never met a stranger. He loved talking to people and truly loved and cared about his friends and relatives. He treated everyone equally and believed in giving everyone a chance. He was loyal and compassionate with a personality that would light up a room. He was simply an amazing husband, father, friend and educator. He was a masterpiece created by God.

Jonathan was preceded in death by his mother, Elvia Morgan Erivin. Together, Jonathan and his mother wrote and published a book titled “The Governor of the State”.

Jonathan’s memories will be cherished by his devoted wife of 22 years, Carla Ross Erivin, and his three beloved children, Carissa Erivin, Savannah (Chy) Erivin, and Josh Erivin. He is survived by his father, John (Rose) Erivin, his sister, Anita Merrihew, and nephew, Morgan Merrihew of San Francisco, California. He also leaves behind his father-in-law, Bobby Ross, brothers-in-law, Billy Ross, and Bobby Ross Jr., and sister-in-law, Christine Ross Kelly, nieces, Miyoshi Ross, Cortia Ross, and Brooklynn Ross; nephews, Billy Ross Jr. and Bryce. Along with a host of other relatives and friends.