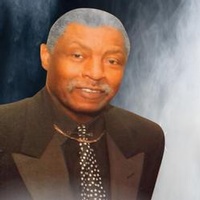 Leonard L. Gordon was born to Curly and Fairella Gordon on June 17, 1940 in Sapulpa, Oklahoma.

Leonard accepted Christ at an early age and united with Calvary Baptist Church in Sapulpa. He served as a faithful Deacon at Calvary until his health began to fail. Leonard attended Sapulpa Public Schools and graduated in 1957. After graduation, he enlisted in the United States Armed Forces (Army). Leonard received an honorable discharge in 1964.

Leonard enjoyed life and loved sports of all kinds. He loved to read. Friendship and family were important to Leonard; and he really enjoyed a good family gathering. And, when enjoying friends and family, dominoes was one of his favorite pass time and he was known to his friends as “Sapulpa Slim.” He was employed at Dupont as a pipe fabricator for more than 20 years.

In 1985, Leonard met the love of his life. He and Earlene united in marriage on March 17, 1989. They united as a blended family and to this blended union they enjoyed and raised three children.
Leonard finished his course and transitioned from labor to reward on August 1, 2017. He was preceded in death by his parents, Curly and Fairella, his daughter Lynette, three brothers, Sylvester, Donald Ray & Curly Gordon his grandmother, Lela Dixon.
Leonard leaves to cherish his memory his loving wife, Earlene of 28-years, one daughter, Leslie Gordon Sones, two step-sons, Demetrius Hill (Antoinette) of Tulsa, OK and Brian Jones of Tulsa, OK. one brother, Arthur Gordon (Sandra), four sisters, Rita Yarbrough, Lela Shaw (Ron), Linda Johnson, Kathy Carter and step-sister, Donna K. Chambers. one aunt, Betty Atterbury, sister-in-law, Christine Daniels (Victor) and four grandchildren, a host of nieces, nephews and numerous of relatives and friends.
“When caring truly matters, DYER cares.” 918-425-5549.