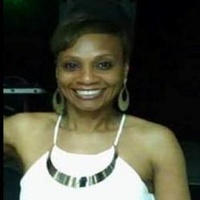 On the afternoon of June 7, 2017 at St. Francis Hospital Tulsa, Oklahoma Mrs. Tylda Asberry 42, was greeted at heavens gates by a host of angels, saying, Well Done Thy Good and Faithful Servant.” Service: Friday, June 16, 2017 at 11AM at the Metropolitan Baptist Church 1228 West Apache Street, Tulsa, Oklahoma Burial: at Green Acres Memorial Gardens, Skiatook, Reflections On March 16, 1975, Eleanor Chandler and Robert “Bobby” Leon Blake welcomed into to this world a beautiful baby girl. She was affectionately named by her Aunt Georgia as Tylda Vonette. But she became lovingly known as “Dinky” to many close friends and family.

Although, she was born in Muskogee, Oklahoma, she was reared in Tulsa. She was formally educated at
Roosevelt Elementary, Madison Middle school and Central High School. Dinky was a proud member of the Class of 1994. After graduating from high school, she continued her education at North Eastern Oklahoma A&E College in Miami, Oklahoma. She loved sports and dancing. Tylda was a great basketball player, track star and dancer.

Tylda met and fell in love with James Asberry Jr. and on July 13, 2002 He became the love of her life through Holy Matrimony. The couple became the proud parents of Courtney, Chasity, Ciara, Jamee, James III, Jaedyn, Jade, and later grandparents to Jae’Coen.

Although Dinky’s health started to fail, her love for her husband, children and family remained strong until the last moments they were able to share. Tylda and her family were inseparable. A dedicated wife and mother, Tylda had an infectious smile and a zest for life. Not only did she have a knack for preparing her children over the top birthday parties, and good food. She enjoyed celebrating holidays with her many beloved family members and friends.

Tylda later became an entrepreneur and opened Tia’s Home Child Care where she was able to dedicate most of her time to her family and care for the children of others. She remained faithful for over ten years until her health began to decline.

Tylda reaffirmed her love for Christ as Lord and Savior knowing that her the fate of her life was in the Master’s hands. She was vey instrumental in her writings about her relationship with her Savior and circumstances concerning her destiny.

On the afternoon of Wednesday, June 7, 2017, surrounded by a host of family and dear friends. Tylda dozed into eternity to a place of “No More”. Meeting her at heaven’s gate will gladly be her father; Robert “Bobby” Leon Blake, her stepfather; Garland Allen Sr., grandparents; Leonard Chandler, Wilma Griffin and Imogene Riley.