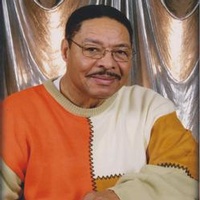 On Wednesday April 26, 2017 at the Porta Caeli House of Tulsa, Oklahoma, the roll was called for Mr. Lawrence Andrews, he answered “I am ready.” Service: Saturday May 6, 2017 at 1:00pm at Metropolitan Baptist Church

Later in life, Lawrence moved to Wichita, Kansas were he met Mae Francis Williams. They were married and to this union three children were born, Keith, Angela and Donna.

He moved to from Wichita to Omaha, Nebraska where he worked for 17 years driving the “Metro City Bus”. After the years passed, he decided to move back to Wichita, Kansas where he started to work for Boeing Aircraft Company. He remained at Boeing until he retired after 23 years of service.

After retirement, they moved to Tulsa, Oklahoma. Lawrence married, Charline Boyd who he lovingly shared 24 years of marriage.

He enjoyed watching westerns, playing dominoes, enjoying the great outdoors by sitting outside and fishing. Lawrence loved the art of conversation.

Lawrence was preceded in death by his parents, Boyd Andrews and Francis Brown; his wife, Mae Francis Williams, a stepson, James, brothers; John and Julius, and sisters; Ramona and Sally.