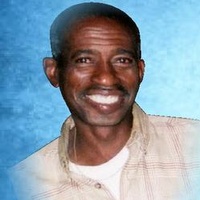 On Friday April 14, 2017 at Clara House the curtain closed for the last time for Mr. Jerry McBee of Tulsa, Ok.

Still Missing You
They sat there is a reason. They say that time will heal
But neither time nor reason, will change the way we feel.
For no one knows the heartache that lies behind our smiles,
No one knows how many times we have broken down and cried.
We want to tell you something so there won’t be any doubt,
Your so wonderful to think of but so hard to be without.
We cannot bring back the old days back,when we were all together
The family chain is broken now,but memories live forever.
Service: Friday, April 21, 2017 – 11:00am New Jerusalem Baptist Church 3427 N. Birmingham Ave Tulsa, Oklahoma 74110 Burial: Floral Heaven Cemetery in Broken Arrow, Oklahoma
On January 9, 1952, Perry McBee and Laruth McBee Sr. welcomed into the world a beautiful baby boy they would name Jerry.

Jerry accepted Christ as his Lord and Savior at an early age. Jerry grew up in Brooklyn, New York attending public schools, and graduating from East New York Vocational and Technical High School in 1969. After graduation, Jerry chose to serve his country in United States Army for several years. He then attended Delahante Electrical and Technical School and became a general contractor.

In 1970, Jerry met Shenella Parker of Brooklyn, New York and they were blessed with two children, Jerry McBee Jr. and Tawana McBee. The couple later separated, but he still maintained a close relationship with the children.

In 1980, Jerry met Nina Speight. of Brooklyn, New York and they relocated to Tulsa, Oklahoma. They were blessed with three children, Quontina, Azzina and Keyonis Speight.

Jerry was a ball of fun and loved life. In his spare time, Jerry enjoyed rebuilding televisions and radios. He was full of love and life, and when he wanted to groove, he would put his dancing shoes on because he loved to dance.

On April 4, 2017 Jerry peacefully passed into eternity. He was preceded in death by his father, Perry McBee Sr.; his grandparents, Rose Dunn McBee and Manola Moore, William McBee, Sr. and William Moore.