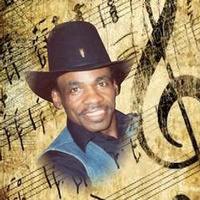 After 76 years, Mr. Billy Gene Silmon submitted to the will of God and departed this earthly tabernacle for his home on the celestial shore. The final chord of his life was played and the angels welcomed him to his new residence.

On July 12, 1941, Mr. Lonzo Silmon and Ms.Ozie Jackson welcomed into the world a son that they would call Billy Gene Silmon. Billy, as he would be lovingly known, grew up in Eufaula, Oklahoma were he attended Booker T. Washington Schools. In 1956, along with his mother and other siblings, Billy moved to Tulsa where he would develop his love for music and boxing.

Billy was known as a power vocalist and dancer. His was a natural talented vocalist in the Tulsa area and he sang as a professional member in several gospel quartets as well as secular groups. Not only could he sing but he could also play the trumpet. His musical talents afforded him the opportunity to travel with the Ernie Fields Orchestra. He was a born entertainer and an avid dresser when it came to fashion.

Billy met and married Lillian LeSears of Tulsa and they were joined in Holy Matrimony on October 31, 1958 and to this union two sons were born, Keith and Ronnie. Although the marriage was later dissolved they remained friends.

He later married Rena Phillips of Tulsa, Oklahoma in 1978 and they were blessed with one son, Keenan Silmon. This marriage was also dissolved with the permanence of friendship and a beautiful son.

Billy was employed with Tulsa Public Schools Transportation from 1984 – 1992. He was a paint and body repair man. With this training, Billy decided to step out on faith and become an entrepreneur. He opened his own paint and body shop, “Billy’s Paint and Body Shop”. Billy was a man of many talents and expertise. He was could repair anything, he was a licensed skilled barber, and cowboy, you name it, he could do it. He continued this work until his health began to fade.

Billy always loved the Lord, at an early age at Billy became a member at Mt. Rose Baptist Church as he accepted Christ as his personal personal Savior. He later joined with Full Gospel Ministries under the direction of Bishop Harold Jones.

Meeting Billy at the gates of Heaven are his parents, Ozie Jackson and Lonzo Silmon; two brothers, Larry Charles Hutton and Meryl (Doris) Silmon, one son, Travieon “Trae” Byrd and one daughter.