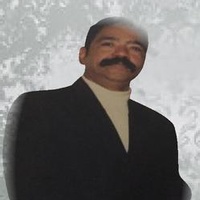 On Tuesday January 24, 2017 at Hillcrest Medical Center the
roll was called for Fabio he entered the gates of Heaven.

Reflections of Fabio Hiram “Hyme” Feliciano’s Life January 8, 1950 – January 24, 2017 On January 8, 1950, a handsome baby boy came into the world to Alicia Rosado and Fabio Feliciano in Brooklyn, New York, who they named: Fabio Hiram Feliciano. He was one of 8 children where 4 brothers preceded him in death: Johnny, Antonio, Victor and Fabio. As well as his parents.

Early in life he had a beautiful daughter whom he loved with all his heart her name is: Eva Feliciano. He enjoyed life and experienced lots of good and bad situations. He was a very family oriented man. As his journey in life continued, he came to Tulsa in the last seventies, where he met Savanna A. Jennings Rycraw, who on January 29th, 1979, she became Mrs. Fabio Hyme Feliciano. After a few years of marriage, Hyme realized the he had been blessed with a beautiful loving, praying, and God fearing wife. Then one day, while working at the new City of Faith Hospital, he accepted Christ into his life. He was forever a changed man. He was honored with an article written by: Michael Strange at City of Faith, of his testimony it was called, “The First Person to be saved at the City of Faith.” He continued his new life with Christ and his wife, they later moved to Garland, TX where they had planned to start their own family. Due to unforeseen reasons, they were unsuccessful, but God had a plan for these two. He blessed them with 4 lovely children, 3boys and girl through adoption. Pedro Diaz of Puerto Rico, Christopher, Dewayne and Alicia.

He had a special love for a few of his nieces and nephew in Tulsa: Nikisha, Shantell, Tonisha, Tamika, Tanaira and the late, LaWanda Jean and Marquis. They would come from Texas every summer for 10yrs just to give our children a summer vacation filled with so much fun and love. Those memories will last with them forever. As he continued his walk in Christ, he attended the Garland Four Square Church under the leadership of Pastor Frank Chavez, and he was involved with the Youth Department and the Prison Ministry as well. Then after a few more years, God directed his path to Port Charlotte, FL where he could be closer to some of his siblings and start some lifetime memories with them and their children and spouses. He found a church called, Deep Creek Worship Center with Pastor Walters, and continued learning the ways of Christ.

Then one day, circumstances changed in Florida that they had to move back to Oklahoma. No matter where he lived he was getting him some Jesus. He started attending Macedonia Fellowship, under the leadership of Dr. Peggy Owens where he remained a faithful and dedicated member until his health started to deteriorate.

Then on January 16, 2017, Hyme told his loving wife that he was going on a trip that she couldn’t go on at this time, he told her how much he loved and appreciated her for the many years that she had given him. He went to the hospital that next evening, then on January 24th, 2017, God said to Hyme, “Come on and rest with me,” and he answered that call.

He leaves to cherish his loving memories: his wife Savannah A. Feliciano of 40yrs, two daughters: Eva Feliciano Gutierrez (Jesus) of PA, Alicia Feliciano, Tulsa. Three sons: Pedro Diaz of TX, Christopher and Dwayne of Tulsa, Two sisters: Rachel Riviera (Ruben), Jennie Aragonis(Fernando) both Florida, Two aunts: Victoria(Puerto Rico) and he had a special love for Carmen Rosado, who resided in the home with him and Savannah for many, many years. His cousin: Grace Nelson of New York. He leaves large family of in laws that had crazy love for this man for many, many years. Johnny Porter(CA), Hubert Rycraw(Marietta)AK, John Rycraw, Robert Rycraw(Denise)both of Tulsa, George Harris(Gloretta)of Tx, Robert Harris(Brenda)of AZ, and Francella, Willia Mae, Rosie Harris Maxville, Virginia Meeks, Lucille Bland, and Betty and Barbara Brumfield of Mo.

The family would like to extend a special thanks to Bill and Shelly Carrington of Tx, for your kind acts, prayers and presence with us at the hospital “Jesus Loves You and We do Too.