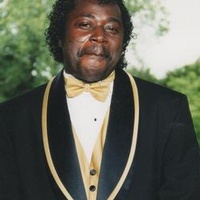 On the beautiful day of Wednesday, September 27, 1961, in Okmulgee, Oklahoma Elnora Reagor and E.S. Pearson were blessed with a baby boy and affectionately named him, Wiley L. Pearson.

Wiley was raised in the loving home of his mother, Elnora Reagor in the community of Boynton, Oklahoma alongside his sisters, Gloria J. Folks and Elizabeth Bell. He attended Boynton Public schools becoming a avid basketball player and was a member of FFA. Wiley proudly graduated with the Class of 1979. After completion of high school he later attended Okmulgee Technical School in Okmulgee, Oklahoma.

Wiley professed the love of Christ at an early age at Mt. Zion Baptist Church of Boynton and although life happened Wiley was always beckoned to be in the service of the Lord.

He pursued a life long career in cement laying for several Construction Companies in Oklahoma. Lastly, Wiley was employed with the Reach Company of Okmulgee as a Maintenance Technician.

October the Fourth became the day that Wiley would change his life forever, First he met the “Love of His Life” Rochelle Jones of Okmulgee and on October 4, 1993, they were joined in Holy Matrimony. They immediately became blended family along with her three daughters, Tameka Jones, Tiesha Giles and Temisha Giles. although the couple never had any children that they shared they lovingly raised, Shai’Ray Jones and Gregory Jones as their own. Secondly, On October 4, 2015, he as an adult reaffirmed his love and faith in Christ and reunited with the Mt. Zion Baptist Church of Boynton was baptized by his nephew, and Pastor, Anthony M. Folks. He then unleashed to become instrumental in the fellowship and the service of the church. He served as an Usher, a member of the Brotherhood and as a laborer in the remodeling of the the church restrooms. It made him proud to exemplify his love for the Lord and his church. On, December 11, 2016, Wiley openly testified about knowing, “What it is to praise the Lord.”

Wiley was a member of the Black Farmers Association. Wiley spent countless hours in his spare time raising pigs and cattle, going to the Casino and spending time with family and friends. Wiley was a family man he encouraged his family to get to know your family. Wiley was a caregiver and overseer of his dear uncle, St. Patrick Reagor until his death. He was famous to his family and loved ones for his “spaghetti pasta salad” where he just recently taught the grandchildren to make.”

Wiley will be greeted at the gates with great anticipation by his parents, Elnora Reagor and E.S. Pearson, mother-in-law, Willie Mae Jones, five siblings, a host of aunts and uncles and a nephew.