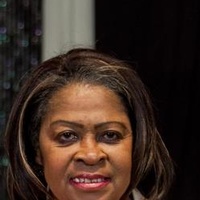 On the evening of January 11, 2017 Lavonne “Von” Pack 69, heard the voice of the Lord saying “take” thy hand and rest”. Service: Saturday January 21, 2017 12:00 Noon New Jerusalem Baptist Church 3427 N. Birmingham Ave Rev. Jamaal A. Dyer, eulogist. On a calm spring night on April 14, 1949 a sweet baby girl was born to Mr. Martin Luther Pack and Mrs. Ernestine Pack in Independence, Kansas. They named her LaVonne Pack. “Vonne” as she was affectionately called was the 4th of 5 children.

She graduated from Independence High School in 1967. Vonne accepted Christ at an early age at Independence Church of Christ. Upon graduation, the Pack family relocated to Tulsa, Oklahoma. While in Tulsa, Vonne united with North Peoria Church of Christ (formerly Peoria and Young).

Vonne developed a love for culinary arts. She was known to make food from scratch. Her food was exquisite and delicious. She took pride in her recipes and would freely share them with others. Lavonne’s culinary art skills awarded her employment opportunities at several fine dining establishments, businesses and hotels in Tulsa. Vonne loved to wear nice clothes and travel. She had the opportunity to travel to Barcelona, France, Germany, Switzerland, Mexico and the Bahamas. She loved to talk about her trips abroad.

Although Vonne never birthed any children, she treated her nieces and nephews as her own. She would do anything to make them happy. She took them places and bought them whatever they wanted. She always referred to her nieces as “Oven muffin.”

Vonne finished her course and transitioned from labor to reward on the evening of January 11, 2017. Waiting to meet her were her parents, her brother, James “Toot” Pack and other family and friends.