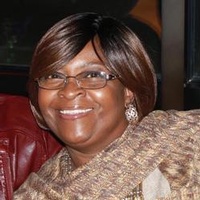 Patricia A. Walker was born on March 21, 1955 in Chicago, IL to Elijah Tilmon and Nancy Paul, who both preceded her in death.

Patricia and her mother moved to Tulsa, OK in 1962 and attended St. Monica Catholic Church. She received her education from Holy Family, Carver Middle School and concluded at Booker T. Washington High School in 1973. During her time at BTW she met her future husband, Donald Ray Walker. The two would wed on October 6, 1973. She would then give birth to four children, three girls and one boy.

In the early 1980’s she began her career at American Airlines, and 25+ years later retired as an Airframe Mechanic.

She received Christ as her Lord and Savior and was baptized on March 10, 1999 at Redeeming Faith Ministries by Pastor Earnest William Lewis, III. Her faith in God is what gave her the strength to fight and overcome her battle with breast cancer. She fed the hungry, gave drink to the thirsty, clothe those in need, invited people into her home, took care of the sick and visited those in prison (Matt. 25:35-36). From an early age she was passionate about singing, joining the Ghetto Choir and later becoming a faithful member of the Gospel Music Workshop of America. Patricia lived a full and enjoyable life. She had a great love for animals, mothering multiple four-legged children throughout her life. She loved spending time with her family and dear friends, making memories that will last a lifetime.

Pat was also proceeded in death my her beloved uncle, Obia Preisdent, Sr. whom she also cherished dearly.