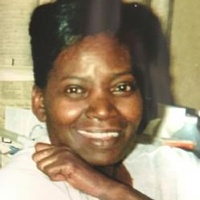 Mrs Aileene Linda Jackson after 71 years with us, she was comforted by Angels an hour before noon on November 14, 2016. Service was on Monday, November 21, 2016 at 11:00am at Mt. Olive Baptist Church-South Heaven 4017 West 55th Pl South
Burial: Green Acres Memorial Gardens

On August 9, 1945, O.D. Jackson and Minerva Haynes welcomed their seventh and a twin to the world. Her name would be Aileene Linda Jackson along with her sister, Arleene Brenda Jackson. Aileene would grow up in the South haven Community of Tulsa, Oklahoma where she found lifelong friends and always returning to a community in which she loved.

She attended school in the Tulsa Public School District. Aileene made history by being one of the first black students to integrate the all-white Clinton Middle School and then in high school, by graduating from Daniel Webster in 1963. After graduation she had applied to become a part of the Peace Corp but decided to instead pursue a career in the field of nursing. She found gainful employment at Rest Haven Nursing Home.

In 1972, Aileene started to work for St. Francis Hospital as a nurse technician. She worked there until 2007 when her health started to decline. She loved her job, her patients and her co-workers. She took pride in being a nurse.

She met and Moses walker Jr. of Tulsa in 1975 and in 1977 they were blessed with a baby girl who would be named affectionately, Amy Jackson. Later, this family would be blessed with a grandchild named Tre’vel Jackson Berry, who was her pride and joy. She loved and adored her grandson. Aileene had a unique sense of humor, always had a kind word and was willing to lend a helping hand. She enjoyed watching television like Family Feud, Young and the Restless, Judge Judy and the news. If you came by she was always trying to feed you especially a bologna sandwich. She loved her twin sister and when she died in 2001 a piece of her heart left her on the day.