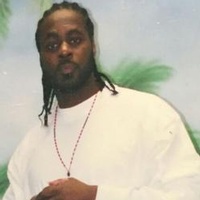 On Monday November 07, 2016 Mr. Hampton answered his called from the Master come take your rest. Service with Cremation: Tuesday November 29, 2016 12:00noon at Capernaum Baptist Church 1926 North Sheridan Road Pastor Ruthie L. Howard, Eulogist. Visitation will be at 11: 00am until the hour of service on Tuesday at Capernaum.
His Life
On March 4, 1976, a son was born to Valencia Y. Hadley and Elbo McConcichie. He was given the name Antwan Donyell. Antwan’s early educational journey began at Emerson Elementary and Bunche Elementary. He attended two middle schools in Tulsa Nimitz and Clinton and graduated from Daniel Webster High School.

He enjoyed counseling people about their problems and relationships. His encouragement to his children, nieces and nephews was about education. He taught them that the keys to success lied in education.

He was a good father to his children, AnttaKira, Emesa, Ikea, Anthony, Patricia and Azyra. Just like his baby sister, His smile was his trademark and also being a comedian. He will be dearly missed by everyone who knew him.

Antwan departed from us on November 7, 2016, he was given his wings by our Heavenly Father. He was met by the fathers that raised him, Tony Tart and Lee Earl Brown, Jr. his sisters; Lakisha and Victoria Brown, along with his grandparents; Grace Lee Manning, Sherman Hampton, Roslyn Hampton and great grandfather Lucian Manning.