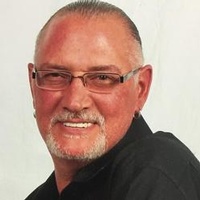 On August 31,1958, a baby boy was born to Nathaniel (NA) & Hazel Smith in Sapulpa, OK. He was the fourth child born to this union. He graduated from Sapulpa High School in 1976. While attending Sapulpa High School, he was a member of marching band where he played in the percussion section. He furthered his education at Carl Albert Junior College in Poteau, OK, where he received a scholarship for basketball.

After finding his one true love ,his sweetheart and best friend, Sharon K Bruner Smith, they united in holy matrimony, in March 1989. To this union God blessed them with two wonderful sons.

Buster loved working with his hands in the fields of carpentry and construction. At a young age, he helped build Philadelphia 7th Day Adventist Church in Sapulpa. After moving to Las Vegas, Buster continued his work in this field and helped build the Luxor and Stratosphere Tower in Las Vegas, NV.

Buster was baptized at an early age at Calvary Baptist Church, Sapulpa and went on to walk in faith throughout his life. He was a dedicated attendee at Philadelphia 7th Day Adventist Church where he faithfully attended each Sabbath. He was also diligent and faithful in attending weekly bible study at Solid Rock 7th Day Baptist Church in Tulsa under the leadership of Pastor Ricky Bruner.

Buster was a family man. His wife, children, and grandchildren were his life. He was an amazing man who loved basketball. His favorite team was the LA Lakers. He loved the Lakers so much he bled “purple and gold”. He also had a green thumb and worked with all kinds of plants, trees or shrubs …dead or alive.