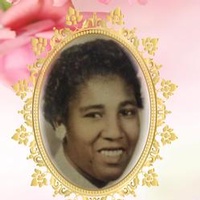 On August 28, 1934 a baby girl was born to Hester and Pauline Powell in Nowata, Oklahoma and they lovingly named her Ruby. She was reared in the rural area of Lenapah and attended Douglas Schools for eleven years.
Ruby received Christ at an early age at the Gooseneck Baptist Church of Lenapah.

Ruby met and married Carrye Harding and three children were born to this union, Larry, Norman and Sharon. This marriage was later dissolved and she found love again and became wed with Frank Tinsley and they were blessed with a son, Rance.

As she along with her family relocated to Tulsa, Oklahoma Ruby found gainful employment as a nurse working from Methodist Manor to Hillcrest and St. Frances hospitals.

On October 5, 2016 at 4:00am Ruby made her transition to be with the Lord. She was preceded in death by her parents, Hester and Pauline Powell, a brother, Robert Powell, four sisters, Helen Renero, Patricia Johnson, Frances Oliver and Lula Davis; and grandson, Charles Anderson.