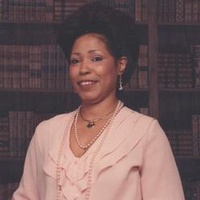 Mrs. Theresa Andy Christian 63, “Left her earthly home for a new home over in glory
The Service: Saturday October 1, 2016 11:00am
New Degree Praise Center Church with Bishop Q. L. Bell, Eulogist New Degree 1920 N, Kingston Pl Tulsa, Oklahoma. Burial: Evergreen Cemetery Gibson Station, Oklahoma
“The story begins… On February 15, 1953, At the Moton Memorial Hospital of Tulsa, Oklahoma. God bestowed a double portion of blessing on William Andy, Sr. and Geneva Simmons-Andy. They were blessed with fraternal twins, Terry and Theresa, They were the third children of six born to this union. Josephine, Barbara, Terry & Theresa, Yvonne, William Andy, Jr. The family resided in Tulsa, Oklahoma until the untimely death of their mother. The children were comforted and cared for by their grandparents, C.L. and Ivey Andy in Wagoner, Oklahoma, later relocating with their father in Kansas City, MO. Theresa received her primary education in Wagoner Public schools continuing her secondary schooling at Faxion Middle School in Kansas City, Mo. Lastly, finishing at Muskogee High School in Muskogee, Oklahoma. Theresa met and married Sam Christian and to this union a son was born and they named him, Devin Dion Christian. This marriage was later dissolved. She later met Travis Stewart and they were blessed with two sons, Travis Dray and Jamel. In the early 80’s Theresa found gainful employment at the Goodwill of Muskogee, Ok and after relocating to Tulsa in 1989 she was employed at the East Central High School as a Teacher’s Assistant assisting with the developmentally disabled children. Theresa was a humble spirited person who loved spending time with her family. In her spare time she enjoyed solving word search puzzles, drinking coffee, Diet Pepsi and listening to Joyce Myers. Theresa life was filled with the Glory of the Lord she accepted Christ as her Lord and Savior at an early age at the Prince of Peace Church in Kansas City, Mo. Theresa later reaffirmed her love for the Lord and her desire to please Him and eventually became the third joining member of the former (The New Degree House of Prayer) now the New Degree Praise Center Church under the leadership of Bishop Q.L. Bell and First Lady Yvonne Bell her sister and caregiver. During her tenure at New Degree she welcomed new members and guests as she filled the role as an Usher. Theresa exemplified the purpose and need for Christ in her life through scripture, her documented journals with the Lord and taking out the time to rededicate her life more than once. On, September 19, 2016, the loving life of Theresa came to a close and she was called to her Heavenly home. She was preceded in death by her parents, William Sr. and Geneva Andy, grandparents, C.L. & Ivey Andy, Hubert and Modest Simmons; niece, LaTerria Elmore, nephew, Major-William Andy III and step-brother, Fredrick Lewis. She leaves to cherish her memory her sons, Devin Christian, Travis Dray Stewart and Jamel Stewart; ten beautiful grandchildren; her siblings, Josephine Harris of Bartlesville, Ok, Barbara Andy of San Antonio, TX. Terry (Beverly) Andy of Denver. CO., Yvonne (Q.L.) Bell of Tulsa, OK., Ruthie Howard of Sperry, OK and William Andy, Jr. of Tulsa, OK., Step-mother, Parthenia Andy, step-siblings, Carol Davis of Kansas Cuty, MO., and Keith Lewis of Tulsa, OK and a host of nieces, nephews, aunts, uncles cousins other relatives and friends. “When caring truly matters, DYER cares