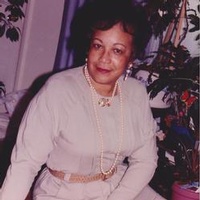 Vera Lee Singleton made her grand entrance into the world on July 11, 1943 in Hamburg, Arkansas. She was gently placed in the arms of her proud and loving parents, Mattie White and John Thomas Singleton.

Vera was raised and received her formal education from the local schools in Flint, Michigan. Upon graduation she happily united in marriage Louis Lee Holliman on October 31, 1959. To this loving union two children were born, James Holliman and Marva Holliman. A love story that would last for fifteen until the death of her loving her husband and the father of her children in 1977. She was a loving mother and housewife. She was a volunteer for the 4H-For the Community and Den mother for the Cub Scouts for years. Vera later became the Co-Founder of Neighborhood House, where children in the community could come off the streets and learn essential things in life such as, cooking, sewing crocheting and other crafts to occupy their time and keep them safe.

With the blessings of being raised in a Christian home Vera dedicated her life to the Lord. She later joined the Oak Park United Methodist Church serving as a Sunday School Teacher.
Vera later pursued a fifteen year career as a Police Officer serving for the City of Flint.

She later was found fond in the eyes of Mr. Mack Toliver of Louisiana and the couple were joined in holy matrimony the couple remained faithful until his until his demise. Vera relocated in 2005 and Tulsa, Ok became home.

On Sunday June 5, 2016 after 72 years of life, God requested the presence of our beloved, Vera Lee Toliver and she departed this life. She was preceded in death by her parents, Mattie White and John Thomas Singleton: and sister, Gloria Gaston.