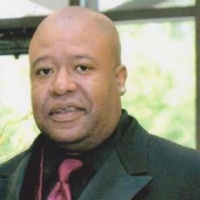 On The morning Thursday May 5, 2016 from Oklahoma City, Ok the angles from heaven reached for the hands of Edwin Pease. His services will be Saturday May 14th 2016 at 3:00pm in the Central Missionary Baptist Church where the Senior Pastor Ray K. Gaines. You pay your respect and floral arrangements on Friday 4:00pm til 6:00pm at Central Baptist Church 14th and Georgetown Muskogee, Oklahoma. Burial will follow at Booker T. Washington Cemetery.
On a Beautiful day in late spring, June 18, 1963 in Fort Benning, Georgia a son was born to Erwin and Almetta Buffington- Pease. He was given the name Edwin and after a few years, he was called “Eddie” by his family and friends.

His passion was for his family and cooking. He loved to Bar-B-Que Eddie was a kind, friendly and trustworthy person. He loved children he would take them to the park so they could play, one of his younger cousins made a comment that “Uncle” Eddie protected all the younger children (cousins, nieces and nephews). He helped watch the children while Granny Buffington cooked for them.
He will be missed by all of his family. Eddie professed a hope for Christ in Wagoner, Oklahoma while attending a non-denominational church there.

A few years ago Eddie was nearing his close of his day and realized that he was broken and needed to be healed, he then renewed his relationship with Jesus while he was preparing to be reunited with his family. He reached out and touched the Master’s robe and dozed into eternity on May 5, 2016 as Eddie left his earthly tabernacle he was healed.

He was preceded in death by his parents, Erwin and Almetta Pease and his grandparents.