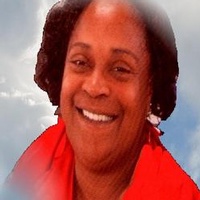 Miriam Marie McCullum was born on June 14, 1965 in New Orleans, Louisiana into the loving arms of Mae Helen McCullum and James Kennedy. She was the second child born of eleven children. She was preceded in death by her parents and sister, Antoniett Kennedy.
Miriam was loving raised in New Orleans receiving her education from Ames Elementary, Marreo Jr. High School and Higgins High School. She later attended School of Cosmetology becoming a licensed beautician. Later she established a beauty salon in her home producing beautiful styles by Miriam.

Miriam was a loving outgoing person. She was a loving older sister who cared and assisted her parents with her siblings while they were at work. She had the ability to love and entertain family and friends. She never met a stranger and would give you the clothes off her back. Miriam was the BIGGEST/ smallest person you would ever meet. Although size didn’t matter to her she would genuinely speak her mind and love you at the same time. Miriam was blessed with three beautiful children, Nicole McCullum, Marie McCullum and Nicholas Tassin.
In May of 1994, Miriam relocated to Tulsa, Oklahoma to join her mother and family. Although Miriam was baptized in early childhood she later joined Northside Peoria Church of Christ where she was also baptized to reconfirm her love for the Lord. Miriam was a chef by design. She enjoyed cooking and feeding everyone. She later found gainful employment at Vintage Heights Assisted Living Center of Tulsa as a cook. Shopping and entertaining and loving her family were the things she enjoyed doing the most. She loved her family and believed in keeping them close, she was the “BOSS”.

On the morning of January 2, 2016, in the midst of her 50th year, Miriam surrendered to the Master’s Call and transitioned from “Earth” to “Glory”.