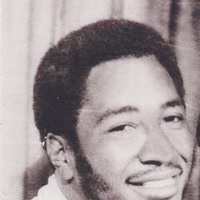 For I am persuaded that neither death nor life nor angels nor principalities nor powers nor things present nor things to come nor height nor depth nor any other creature shall be able to separate us from the loveof God which is in Christ Jesus our Lord.
Romans 8:38,39

On March 1, 1951, in Haskell, Oklahoma a baby boy was born to Fred and Angenettie Bryant. They named their precious son, Donald Ray Bryant who became affectionately known as “Duck”. He was the 5th of five children. He attended Haskell High School and began working at a very early age and purchased a home for his mother in Haskell, Oklahoma.
On March 2, 1972 Donald married the love of his life Mary Ann Hawkins and they were married for 43 years. Donald was employed with Oklahoma Masonry and was a master at Masonry work. He was a very hard worker and did so up until he sustained a job related injury in 1991.

Donald had a love for horses and he loved to dress very nice. You would never find Donald without his freshly starched jeans and cowboy boots. In 1992, Donald joined Pinkard Chapel C.M.E. Church in Tullahassee, Oklahoma were he was a very faithful and dedicated member. He was a member of the trustee board and the Lay Department. Every Sunday, Donald could be found participating in Sunday School, often reading the Key Verses of the Sunday School Lessons. Whenever Donald had a question about anything, he would not hesitate to call people and ask questions.

He truly was a lover of people and he truly loved children, especially his grandchildren and great grandchildren, and each one inherited a nickname from him.

On October 5, 2015 at 7:11 p.m., Donald laid his final brick of his earthly mansion and stepped into his Heavenly Father’s Mansion that was not made by mans hands. Donald was proceeded in death by his mother, father, son, and two brothers.