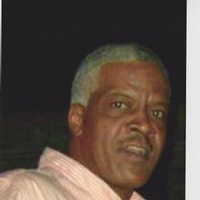 On Tuesday Morning “The Angel touched him and beckoned by the Master Adrian to come home” God saw fit to take the remote, change the channels in his life and give him an All Access Pass to his eternal resting place.

If there was ever a story made for TV it was that of Adrian and Beverly.This love story began over thirty years ago. With so many channels to choose from, he knew right away who had captured his heart and there were no commercial interruptions. To this union two daughters were added, Brandy Kwakye (Charles) of Herndon, VA and Meshanyel Maxey (Aundrae)Tulsa, Oklahoma.

Adrian knew the value of hard work, thus getting a job after graduating from Central High School in 1982; with Tulsa Cable as cable television was just the beginning to emerge as the new thing. He cherished his work van and uniform, he became easily recognizable in the community as ” The Cable Man.” When on a service call, he was guaranteed to get the job done correctly…the first time! He was instrumental in transforming the TV experience for many.You remember when all you had was 2,6 and 8. Then ” The Cable Man” arrived and you lost your TV mind because you now had 50 channels then 100, then 150 now more than 300. Oh, the power of the ” Cable Man”

Not only was Adrian the ” Cable Guy” in terms of connecting TV service, be was the Cable Guy in connecting people to people. He had the gift of being a friend to everyone.

What TV show can you think of that describes the joys of Grandparent-hood? Just picture Adrian in the middle having a blast with those grandkids of his! He was the epitome of a ” Papa” NO, was not in his vocabulary when it came to talking to his grandchildren, Kamryn, Nathan, Rachel, Dallas, Jada, Jaela, Charlie and Aundrae Jr.

At the time of his passing, he was employed at Enduro Pipelines.
He was a regular member of Friendship Church until his health began to fail. He loved to hear the choir singing and would often try to harmonize with them

On Tuesday Morning “The Angel touched him and beckoned by the Master Adrian to come home” God saw fit to take the remote, change the channels in his life and give him an All Access Pass to his eternal resting place.

His services will be Friday September 18, 2015 at 11:00am Friendship Church with Senior Pastor Weldon Tisdale officiating. He will be laid to rest at Crown Hill Cemetery Tulsa, Oklahoma. Visitation will be Thursday 4:00pm til 6:00PM at Friendship Church. All floral arrangement are asked to be delivered on Friday 9:30am at the church 1709 N. Madison Ave,Tulsa, Ok.