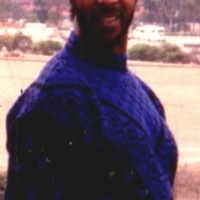 After 66 years,”The Morning Dove”came Sunday to visit Clement M. Hall at Hillcrest Medical Center, and he laid his burdens down at the feet of the Almighty Christ.

Clement Maurice Hall was born to Violee and Clemon Hall on October 18, 1948.

He attended Booker T. Washington High School and graduated with the Class of 1967.

Clement loved the Lord, and his family. Later in life he accepted his call to the ministry and became an Associate Minister at the Shiloh Baptist Church. He was a loving and giving person. Clem helped as many people as he could spiritually and legally. He was always willing to lend a loving listening ear. Clem had a great love animals.

“Until Then take your rest Rev”.
When caring truly matters, Dyer cares.”