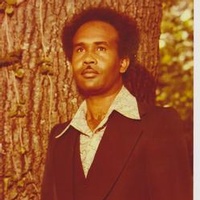 Mr. Wallice Summers Jr. departed this earth and transitioned to his Heavenly home Sunday,
June 14,2015 with his family by his side.

Wallice accepted Christ as his Lord and Savior at the St. John Baptist Church of Boley, Oklahoma under the leadership of Pastor E. LeGrand, Sr. Wallice was raised in Boley, Oklahoma and attended Boley Public Schools graduating from Boley High School. After high school he labored in the community as a plumber.

Wallice fell in love with Mary Vyrine Walker and couple were joined in marriage in January of 1960. To this union four sons were born, Wallice, Brian, Chauncey and Edgar. The family later relocated to Wichita, Kansas where he found gainful employment with Cessna Aircraft of Wichita. In 1974 the family then relocated to Tulsa, Oklahoma where Wallice was employed at Manhattan Construction Company until he suffered an injury. He later gained employment with American Airlines where he remained dedicated for 15 years. He retired from his physical labor and American Airlines on March 3, 2006.

Wallice later met Patricia Mann in 1992 and the couple shared 23 years of love and companionship and on August 20, 2014 they were joined in Holy Matrimony. The couple shared another son, James Mann.

Wallice truly enjoyed the life he was given. It was exemplified in his labor and his leisure interests he enjoyed rodeos, coon and deer hunting and fishing. He is a Mason at the Climax Lodge 116 for over 20 years.

On the evening of June 14 at 6:12PM Wallice surrendered to the Call of his Heavenly Father and will be forever reunited with his parents and eleven siblings.