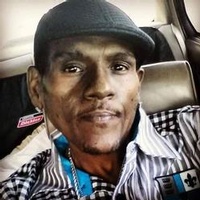 On Saturday May 30th 2015 at St. John Medical Center Andre’ L. Grayson entered “Enternal Peace” with his family by his side.

Andres accepted CHRIST at an early age at Greater Union Baptist Church under the discipleship of the late, Pastor S.M. Harnesberry. As early as primary school, he was very involved in the Youth Department under the Director Nathaniel Smith, in the choir, and many church sponsored events. Andre learned to play the violin at Wiley Post Performing Arts School and the piano on his own.

Andre was bit by the acting bug and participated in numerous productions in the Tulsa area, most recently “Radio Golf” and JoAnn’s Struggling Soul”, where he played a very dark character, unlike his true persona. Reviews in the local media were esteemed and he was humble by great reviews. Until his health failed, Andre was very involved in numerous theatre groups, on local committees and participated in various organizations. Andre dreamed of making it to the “BIG SCREEN” but his audiences now is with the Good Lord! Now, he will forever be a star!!!
Andre never met a stranger. He always wanted to make everyone around him smile, often being accused of being a “Class Clown”. His comedic nature and joking ways were definitely one of his â€˜talents’. At every family event he would always be the one to identify who gained weight, who looked pregnant and who had too much food on their plate. Often getting the party started.
Greeting him at the Pearly Gates will be his grandfather, Pastor Garland Grayson; cousins, Anthony Jackson and Khyre Campbell; aunts, Laurel Ridge and Gardelia Booker- Stewart; uncle, James Renfro II (playing the piano).

A special thanks to: cousins, Angela Barnett, Valarie Grayson, Lashonna Morrison, Deona Williams, Pastor Bob (Linda) Kendrick, Brother Nathaniel Smith, Sister Charlene Teal and Sister Etta McCray who were all with him as he transitioned to his Heavenly Home.

You’ve reach your ninth decade, the feelin I must say is good, God has poured down many blessing, some that will never be understood. I accept each day as another one,
for life has no guarantee,I’m very thankful to Him,to have my love ones so close to me.
Each day I smile, to keep myself from frowning for if I drop out this race,
I imagine myself drowning. I’m living this life as a Testament always,
For God’s Grace, for in thirty-nine years when I leave this home,
I’ll be going to His place. So I’ll be patient, until the coming of the Lord,
For when He calls my name I’ll hear, Carrie Jane Grayson you are who I adore.
Momma, just a few words to let you know that if I could give you the world it wouldn’t be enough, because the things you’ve done you didn’t have to do when appreciation comes to mind I think of you. I think of you in 1975 at the Doctor’s Hospital you lay, this is no doubt was my lucky day for all the love, support and thoughtfulness you’ve expressed I’ve often forgotten that mother knows best. So as I sit behind these Gates grateful God gave me to you. I continue to thank Him and say ooh, “That’s Cool”.