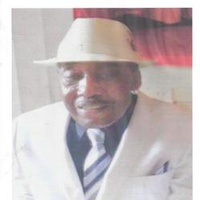 Albert along with his family joined the Mt. Zion Baptist Church. He received Christ as his personal Savior and was baptized at an early age. Later in his adult years he later reunited with Mt. Zion under the leadership of Rev, Tucker and remained faithful throughout the leadership of Pastor Anthony Folks in which he was a proud member. He served in the capacity of a Sunday School Superintendent/Teacher/Preacher. He loved the Lord and he confessed in testimony, “That he spent more time serving the Devil than the Lord. But he was glad that he got it right.” His personal favorite songs were, “I don’t know why Jesus loves Me.”, “I just can’t give up now.” And “I wanna be ready, When Jesus Comes” They inspired him to continue on his Christian journey in spite of whatever was going on. On December 19, 2014 Albert went home to be with Lord. He was ready.

He attended and graduated from the Wheatley Publics Schools of Boynton After completion of high school he joined the United States Army Services and was Honorably Discharged in 1962.
Albert fell in love with Lillie Mae Cooper and on, August 18, I962 they were joined in Holy Matrimony. The loving couple then shared one daughter, Lynette Fisher-Cherry and to this union three children were born, Lori, Carlos and Michael.

He served as the Mayor of Boynton for five years and later served as Trustee and on the City Council Member. Albert later served on the Boynton/Moton School Board for several years.
He was employed at the Oklahoma State Mental Institution in Taft Oklahoma before becoming disabled. Albert while disabled received gainful employment at the Tinker Air Force Base, OKC in 1987 where he commuted from home for several years. He later became a Teacher at Albert Haines Head Start of Boynton and Muskogee, OK for several years before retiring from labor.
His hobbies consisted of talking on the phone, reading his Bible, preaching, and watching all sports but baseball being his personal favorite. Reading, researching and helping children further their education.

He was preceded in death by parents, grandparents, one sister, Elizabeth, Aunt Mary Love and two grandchildren, Tyâ€˜Marion and Cierra.