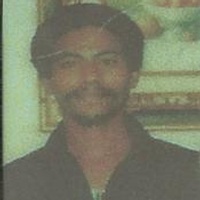 When life begins it is like an open book with many blank pagers, each day as we live our deeds are recorded chapter after chapter, until we close our eyes in death and slip into eternity. And so it was for Mornell Walker.

Mornell was born on December 21, 1951, in Bixby, Oklahoma to his loving parents Moses and Arvella Goff Walker, he was a welcomed addition to the family.

Mornell professed his hope in Christ at an early age. he was an inquisitive well mannered boy who loved being outdoors, and playing with his siblings. he matriculated from the Tulsa Public School System and upon completing his studies joined the army National Guard where he served faithfully completing his assignment in 1979.

Mornell worked dutifully for the City of Tulsa in the janitorial department for approximately 8-10 years. He was a conscientious, hard worker and took pride in doing the best in everything he did.

Mornell was a fun loving person with a sweet spirit. He was kind to everyone, and he never met a stranger. He found enjoyment spending time with his family, and even thou, he never married, his pride and joy was his son Marquette. His nieces and nephews benefited by his generosity, and he treated all of them, as if they were his own.

You will never meet a more dedicated “Hornet Tan”, than Mornell, he made it his business to attend, every football and basketball game, if possible if the Hornets were playing. In his spare time he enjoyed fishing, and barbequing, his family would tell you, “He was the BBQ King”, and he was good at it.

On May 16, 2013, Mornell accepted the call from his heavenly Father, and went home to eternal rest. He was met a heaven’s gate by his parents Moses and Arvella Walker, his brothers Moses Walker Jr., Archie Walker and his sister Edna Walker along with other family members.

He will be remembered by his son Marquette Walker, his brother Eddie Walker, his sisters Geneva Pittman Helen Walker, Rhonda Walker, Angela Walker and a host of other relatives and friends..

We will miss hearing him say “Thank you Jesus for this day”.