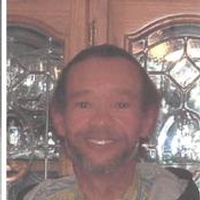 It was a beautiful fall day September 12, 1951, that a man child was born to Rev. A.J. Price and Hettie O. Smith Price at Morton Memorial Hospital in Tulsa, Oklahoma. Arbie was the 4th child born into this loving family.

At an early age Arbie accepted Christ as his Personal Savior, and was affiliated with the Church of God In Christ. His favorite scripture was Psalms 91. Arbie had a heart of gold, and would do anything to help anyone in need, and he had a smile that would melt your heart.

After completing his studies, he enrolled at Okmulgee Tech, where he studied Culinary Arts, and used his culinary skills when he enlisted in the United States Army on October 28, 1969. After serving his country, and gaining valuable life skills, Arbie discharged from the Army on November 13, 1979, from El Paso, Texas.

After completing his tour of duty, Arbie went to live in Fresno California for two years, before returning to Tulsa and becoming employed with the Ford Glass Plant, where he worked as an Industrial Painter, for a number of years, and was affiliated with the Painters Union. Arbie had a great work ethic. He prided himself in being a dedicated, hard workers in all aspects of his life, “just a few of the qualities instilled in him by his parents”.

Even thou Arbie never married, he was blessed to have been able to share his life with his son’s Joe Tyral and Mario. Whenever they need him, he always tried to stand in the spot as their “go to guy”. and he loved all of his family dearly.

On May 1, 2013, the doors of heaven opened up and Arbie briskly walked into the kingdom, being met a heaven’s gate by his parents, two brothers A.J. Price and Lutehr Louis Price, along with other family members.

He leaves behind to cherish his legacy his sister Sandra Davis (Fred) brother Vincent Price, sons, Joe Johnson (Katrina) of Tulsa, Tyral Hayes (LaTonja) Oklahoma City; and Mario Griffin of McAlister, 20 grandchildren, 2 great-grand children, along with a caravan of other family members and friends.

Services will be held on Monday, May 6, 2013, 11am at Dyer Memorial Chapel. Pastor Dale Rolland, Officiating,