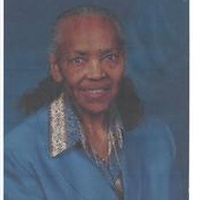 She was born in a family of ten brothers and five sisters. In 1936, she graduated from Booker T. Washington High School- Tulsa, Ok.

Doretha was preceded in death by her parents, two sons, two sisters, seven brothers, one step daughter, and both husbands. Doretha received her wings for her heaven’s journey on Saturday, January 12, 2013, in her daughter’s home.

Her life has always been dedicated toher famiy, church and community. She had a passion for education and traveling to foreign countries. Doretha was also a very giving person, who loved toheld others along the way. She would say the words of a song “If I can help somebody while I travel along then my living shall not be in vain”.

She was desirous but was financially unable to further he education in nursing; so, this “Strong Black Woman” entered a writing contest sponsored by the Journal of Nursing Publication. Her article, “I have A Dream Too”, won her $50.00 which enabled her to enroll in nursing school. Doretha received a bachelor’s degree from Oklahoma Batist University and a master’s from UCLA during the 1970’s & 80″s. She was employed by Morton Health Center as a Director of Nursing in 1974.

She became affiliated with Metropolitan Baptist Church in the late 1940’s under the pastorate of Rev. C.L. West; she remained a member until she left to pursue her education and career in nursing. She continued her Christian journey under the pastorat of Rev. H.L. /collier and Rev. Ray A. Owens, while at Metropolitan she served as Chairman of Trustee Board, Member Finance Committee, Mission President, Member Adult Choir, Nurses Guild, Church Secretary, pastor’s Aide; She worked, extensively on the state and national level of the National Baptist Convention. While at Mt. Carmel Baptist she started the nurses guild and was the radio host for the church’s worship sercie. She shared her talents with other churches, Mt. Zion, and Parkview in Tulsa, Tabernacle Baptist Church in Oklahoma City, Ok., and many others. She loved to travel and in 1960 she traveled to the Holy Land and other foreign countries.

Services will be held on Saturday, January 26, 2013 at 10:00am at Metropolitian Baptist Church, Tulsa Ok.