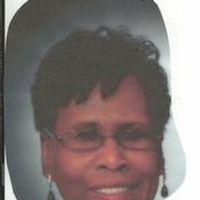 Maine Rowton Anderson
It was am extra special day in 1944, on Valentine’s Day,for Robert and Ida Towton. It was the holiday but because of the birth of a precious gift from God. A beautiful baby girl, born in Buford Colony, Oklahoma, was the reason to celebrate on February 14th. She was named Maxine Bowton. She was he second of six siblings born from that union. AS she grew up, she became a member of Oak Hill Baptist Church. Maxine and her sisters sang as a group called the Rowton girls. She also became teh Choir Director for the Youth Choir.

Maxine attended Booker T. Washing of Sand Springs from grade school through her high school years werhe she became active in school activitiess; a member of othe Marching, Dance, and Jazz Bands playing the saxophone. She then weon ton to attend Langston University where she rewceived a B.A. Degree. Maxine attended Northeastern State University werhe she attained her Master’s Degree, and she also attained a 2nd Master’s Degee in Reading. During her ollegiate years, she became a life member of the Alpja Kappa Alpha Sorority of Alpha Chi Omeaga Chapter.

After her colligate years, Maxine joined St. Andrew Baptist Church, God blessed Maxine with the gift of a beautiful voice and she used this giftas she sang with the Mission Choir.

Maxine was a very active and faithful memer. She served in many capacities of the church as a Chairlandy ofthe Business Women Circle of St. A.B.C, Youth Coordinator, Building Fund Coordinator, Usher, Deaconess, St. ABC Women Missionary Society, and Sunday School Class No. 5.

The morning of December 28, 2012, God took Maxine hands and led her to His eternal home. Preceding her in death were her parents and husband, Ulyses Anderson.