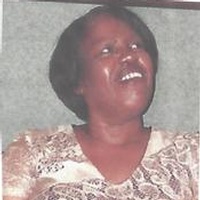 The Lord Giveth and the Lord Taketh Away.

A cute little girl was born on August 31, 1942, in Rogers County, OK. to Ocie and Bernice Carter, they named her Bettye. She was the fourth child and first daughter born into the Carter family. Betttye grew up for a short time in Rogers County before her family relocated to Tulsa. She received her early education from Tulsa Public Schools, and she graduated from East Central High School with the class of 1960.

“A Time To Plant”

After High school, Bettye, moved to Detroit, MI. where she attended Wayne State University. It was a year later after moving back to Tulsa when she met and married Mr. Vernell Laws. Bettye was a lifelong learner, she continued her education at Tulsa Junior College in the field of Business Administration.

On March 7, 1976. the Laws family welcomed their daughter Shelley into the world. In 1980, after a short life with his family Vernell Laws passed away. As a single parent, raising Shelley became her main priority. She gave all of herself to her daughter, instilling morals and values in her life. Bettye was a person with a great work ehtic. she was employed over the years with Tulsa Public Schools, Williams Companies, Williams Pipeline, and working as as an Human Resources Specialist II with Tulsa Community College from 1994 until her passing.

“A Time To Dance”

Bettye had a quick wit, and would not hesitate to tell it like it was. She was quick to tell you when you had interrupted her football games “what do you want” she would ask, “don’t you know the game is on”? Bettye got great enjoyment from spending time with her family and supporting the alumni of East Central High School.

“A Time To Embrace”

Bettye departed this life on November 7, 2012 at her home. She was preceded in death by her parents Ocie and Bernice Carter, husband Vernell Laws, siblings Robert H. Shepherd; and Patricia E. Colbert.

“A Time For Peace”