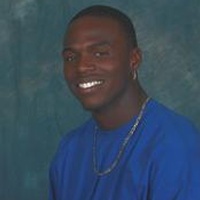 We respecfully announce the passing of Mr. Deyon’ta Eugene Dunn on Friday November 2, 2012.

Reflections Of His Life…

Deyon’ta entered the world, like a blazing star that beutiful day March 12 1992. His loving parents Beverly Foster and Chad Chancey were elated upon the arrival of their son Deyon’ta Eugene.

Deyon’ta was an inquisitive loving child with a radiant smile. Even when his hands and mind were busy doing mischief, he would smile and melt your heart. Deyon’ta was a product of Tulsa Public School. His high school days were spent at Webster, located on the west side of Tulsa. As a student he participated in football. During his final year of school he relocated to Tecumseh, OK. where he completed high school.

He was the big brother to Aishia S. Foster; Tosha S. Dunn; Tommy E. Dunn, Jr.; Trey Chancey; Chad Davis and Dominique Jones Niko. Even though Deyon’ta lived a fast life, he had great ambitions to one day own and operate his own Tow Truck business. During his young working days, he was employed with Wal-Mart, Tulsa Public Schools, and Nonies. He was a member of New Degree Praise Center Church.

Deyon’ta enjoyed watching football, and basketball along with playing play station games. He was a big brother to everyone, young or old, he tried to make everyone feel special and he definately had a spot in his heart for them. If you needed him he was always a phone call away. Deyon’ta had a smile worth a million dollars. Just to see him coming made you smile.