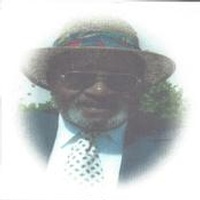 We respectfully announce the passsing of Mr. Alonzo Thomas a resident of Tulsa OK. and retired steel worker, on Thursday November 1, 2012 at St. John Medical Center.

“To everything there is a season and a time to every purpose under the Heaven.” Ecclesiastes 3:1

It is said that when life begins, its like an open book with many blank pages, and each day, as we live, our deeds are recorded chapter after chapter, until we close our eyes in death and slip into eternity. I began to fill the pages of my book when I was born Alonzo Thomas on November 12, 1929. in Broken Arrow, OK. to my loving parents Everleaner Thomas and Je’Hue Thomas. It was as if I was an only child being that my baby sister Christine Thomas died around the age of one.

Our family lived in Coweta and Jenks early in my life. However, even though I lived in Jenks in those days we were bused to Sand Springs. After graduating from Booker T. Washington in 1949, I enlisted in the Army where I served a tour of duty from 1952-1956 and enjoyed traveling to many countries abroad before being honorably discharged.

The bible says “When a man findeth a wife, he finds a good thing” was a true statement when I met and fell in love with my soul mate Bessie Bea. We were married July12, 1959. Our journey has been a good one, and she has been a devoted wife to me for 53 years. God blessed me with four Beautiful Daughters, all of whom I taught to change tires and oil in their cars among many other things.

I was a man with a great work ethic, I believed in taking care of my family and did so while I worked 37 years at Oklahoma Steel Casting Company as a Grinder. Ive always been a man of faith, but it wasn’t until later in my life that I enjoyed Church and was baptized by the Late T. Oscar Chappelle, Sr. I quickly got busy working in the Church. I served as a Deacon, Usher, sang in the mens chorus, I also served as a member of The Board Of Directors of the Morning Star Credit Union for over forty years. My family would tell you that I was a quiet man with a kind spirit. I didn’t do a whole lot of talking, but when I did, I would give honest words of wisdom, and sometimes come off as a humerous fun and loving guy.

I was involved in the community as well as being affiliated with the Twenty Gents for over twenty years. In my pass time I enjoyed watching the food network and preparing delicious meals for my family. As O became older my steps became shorter, but I knew they were “Ordered by God”. My body was tired, and a cure was not to be, so when God whispered my name on November 1, 2012, during my 82nd season of life, I answered the call” and went home to eternal rest. My course was complete and my book was finished. I was met at heavens gate by my parents, baby sister Christine, Great-Grand daughter Ronnie Crawford.
I leave behind to cherish my memory my wife Bessie, four children Claudia Checotah; Emma Fairchild; Beverly West (Benito); Loretta Lee, 14 grandchildren, 22 great grandchildren, 3 great great grandchildren, 1 aunt May Harrison, 2 uncles June and Same Gilton, Tampa, FL..