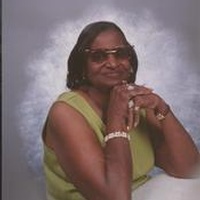 Reflections of her life…

It was a beautiful summer day May 18, 1944 that a cute and sweet baby girl was born to Nathaniel Richie and Marcella Howell in Wichita, Kansas, they name d their daughter Billie. She was an only child and was nurtured in a christian home.

As a young girl, Billie and her family relocated to Stroud, Oklahoma. She attended Milfay public School, and later graduated from High School in 1963.

Soon after graduation, Billie moved to Wichita, Ks. While living in Wichita, she met the love of her life Charles Eugen Clark.

Billie and Charles lived in Wichita for about three years, before moving to Tulsa, Ok, they shared a beautiful life together and to their union three children Donna, Charles and Charletta were born.

Billie worked with the pastor’s aid ministry as well as participated with the WMU Society. She was a faithful member until her health began to fail.

Billie was a hard worker and had a great work ethic. She was employed at REMECA, as a cook for ten years. She later went back to school to become a home health nurse and worked as a Day Care Director for six years, before becoming a dialysis patient in 1992.

She was preceded in death by her parents, and husband
Charles E. Clark. On October 19, 2012, Billie surrendered her soul and went home to eternal rest. Leaving behind to remember her life journey children, Donna Smith (Richard) Charles Clark Jr., and Charletta Murphy. four grandsons Da’Rico and Demarco Clark, RaShead Williams, and Ethan Buggs, all of Tulsa, two great Aunts Almeda Roberts, Sarah Hornbeck, and a host of other relatives and friends.