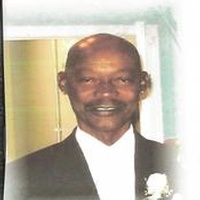 Reflections of His Life

Lawrence Garland Hickman (Pedy) a bubbling baby boy was the last of ten children born in Sapulpa, Oklahoma on March 15, 1951 to the union of Donald O. and Ethel Lee (Maynor) Hickman.

At an early age he was exposed to the church and accepted Christ as his Lord and
Savior.

He attended Booker Washing School in Sapulpa, Oklahoma He later enrolled in Tulsa Welding School where he became a Certified Mig and Tig Welder.

Lawrence worked as a Welder in Sapulpa and Tulsa for approximately ten years Later he returned to Truck Driving School, soon after he relocated To Tampa for ten years. Pedy returned to Oklahoma in 2000 and gained employment with the City of Sapulpa Street Department as a welder, as long as his health permitted.

On October 9, 2012, Pedy surrendered his souls and went home to eternal rest, being met at heaven’s gate by his parents Don and Ethel Hickman, Cheryl A. Hickman, two brothers, Kenneth Marvin and James Edward Hickman, one sister Donella Hickman (Hall).